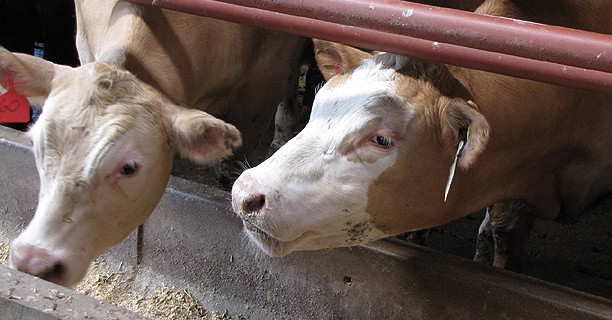 A study from Texas A & M University shows grass-fed beef may not have as many healthful traits as some perceive.

Dr. Stephen Smith, an AgriLife Research meat scientist, and a team of researchers have found that contrary to popular perception, ground beef from pasture-fed cattle had no beneficial effects on plasma lipid.

Dr. Smith said the researchers wanted to see if production from pasture-fed and corn-fed cattle had different effects on LDL or HDL cholesterol.

“We looked at the scientific literature and could not find any justifications for the statement that pasture-fed beef is better for you. All we found were rat studies in which they were fed omega-3 fatty acids, so we wanted to know if this applied to beef from grass-fed cattle,” he said.

One group of cattle was fed a pasture diet with supplement hay. The steers were kept on pasture until 20 months of age.

A second group of Angus steers was fed the same way a feedlot operator would and kept on a corn-based diet until 16 months of age, then reaching USDA Choice status.
A third group of Angus steers were fed the corn-based diet the longest, until reaching USDA Prime. The fat in cattle that are high in marbling is low in saturated and trans-fats, and higher in monounsaturated fats.

Beef cuts from the plate and flank taken from all three grades were made into a ground beef product, containing 24 per cent fat. Next, a group of 27 men completed a three-way crossover study.

Each group took turns, consuming five 114-gram ground beef patties per week for six weeks from each of the three sets of cattle used in the study.

Smith said the study results surprised many. “As we talked to some user groups and told them that we had found pasture-fed beef is higher in saturated trans-fat, they were shocked.”

Smith presented the findings to the National Cattlemen’s Beef Association last year and is now sharing among consumers and producers. He gave a presentation at the Texas Human Nutrition Conference in College Station.

Smith said he did receive some initial negative feedback from ranchers in the grass-fed beef business, but he isn’t telling them that what they are doing is wrong.

“I know that cattle are adapted to growing on high-roughage, pasture diets, but my focus is the beef product,” he said. “A lot of producers are receptive. What I’m trying to show them is that the longer cattle are fed a corn or grain-based diet, the healthier the product will be. I realize cost is involved – feeding corn is expensive. But, if you want a healthier product, you need more marbling. Time on feed is a big factor.”